Space 14, known as the “Bouleuterion”, is located in the southwest corner of the settlement and south of the central entrance to it (fig. 1). Excavated by the IASA in 1934, it is a large building of rectangular plan, approximately 11.95 m long and of maximum width 4.10 m.

The walls survive to a height ranging from 1 m to 1.8 m. The rows of seats built of oblong stone slabs, uncovered along its long sides, defined the aspect of this space and its association with a public building for assemblies (fig. 2). 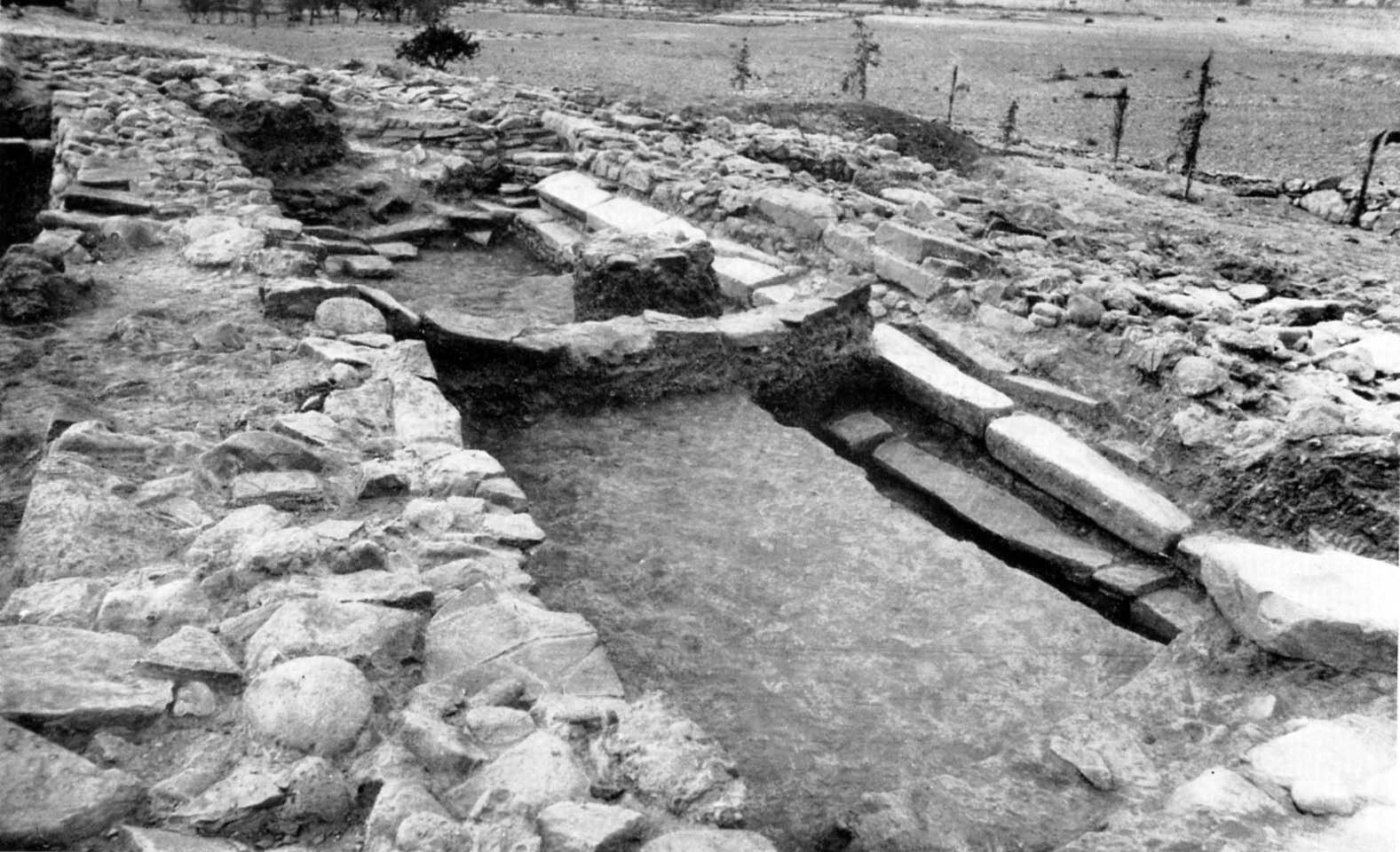 The building was first constructed in the Late Blue phase, to an oblong plan and with neat masonry in the emplecton system (inner and outer face of dressed stone and rubble fill between them), the same as that of the opposite building to the north, known as the “Granary”. Like the latter, the “Bouleuterion” in this phase must have been designed to include in its façade the relatively higher side of the slope.

This was primarily to secure the function of the enclosure wall as a retaining wall, in the framework of the casemate system. At some period, in the Green phase, the benches were added along the long walls (fig. 3).

Shortly afterwards, part of a wall was added to the outside of the “Bouleuterion”, presumably for the better buttressing from the side of the enclosure wall. This new reinforcement increased the overall thickness of the external wall of the building to approximately 2.50 m, from the outer face of the fortification walls as far as and including the west tiers of seats, with the use of large flat stones.

Alterations and repairs were made continuously to the building into the Yellow phase of habitation at the site. In this last phase of reconstruction of the space the east tier was abolished, with the building of the east wall visible today, the building of the parts of the walls seen today on the north and south sides, and the opening of an entrance from the south. Concurrently, the west row of seats was modified, while Space 17 was constructed to the west.

It had been proposed that the entrance to the building in the first phase was on the north side, with access from Street 102. This view was based on the existence of a kind of central inset, of length 1.80 m, which had been identified during later investigations in the north wall of the building, between two projecting jambs. However, this hypothesis was revised in the third volume of the Poliochni publication, where it is argued as more likely that initially there was unimpeded access to the building from the east, from the point of the east benches, as well as from the street. Moreover, it seems that the “Bouleuterion” in its first phase, the Late Blue, was open on the east and the north side, with just a low parclose. Later, when adaptations were made with the strengthening and thickening of the enclosure wall and the rebuilding of part of the walls of the “Bouleuterion”, it may be assumed that its use horizon – that is, its floor – was at about the same level as the use horizon of the space extra muros of the enclosure.

As noted already, the principal interpretation of the use of this space is that it was a place of assembly, in which members of the community met to discuss and to resolve various issues relating to the settlement. Specifically, the Italian excavator Bernabò Brea writes that it brings to mind an early architectural type of “theatre” or “bouleuterion” (“Questa caratteristica fece pensare che il vano fosse adibito in questa fase a locale di riunione e che i due gradini costituissero qualche cosa come i sedili di un primitivo teatro o bouleuterion”), as encountered later in historical times. Although this nomenclature of use of the space was adopted almost unanimously by scholarship and established in the bibliography, it should nonetheless be treated with reservations and not misinterpreted. In general, the establishment of the term “Bouleuterion” and the frequent promotion of the space as the earliest example of administration by democratic procedures in settlements, such as those of the Early Bronze Age, in which there is an early form of socially-ranked organization, is open to future reassessment. Moreover, the construction and reconstruction of the space in stages, from its creation till its abandonment, advocates the view that it initially served practical needs (retaining structure) and its use was changing each time, taking into account the transformations taking place in the settlement, at the level of both socio-economic and urban-planning organization. 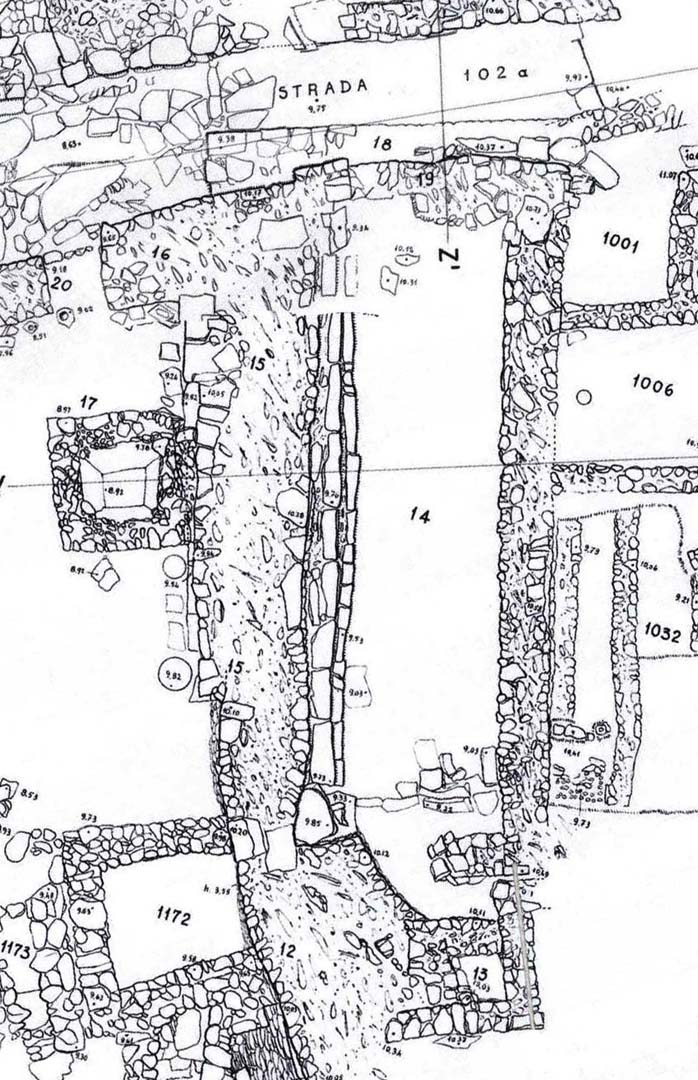